Rohan is a telecom professional posted in Meerut and misses his girlfriend from college days, who had stopped interacting with him, without giving any reason. Although she had always stood by his side and her eyes reflected immense love, but she remained his mute girlfriend. The book opens with an SMS from Vaidehi to Rohan, after five long years. But before he could reply, his mobile gets damaged and he wanders in his memories to narrate a story. About how his girlfriend became his mute girlfriend after the first year of their engineering college. My Mute Girlfriend is a true romance story of how Rohan unravels the answers to why Vaidehi was mute for so long and how their life is about to change. But little do they know that the worst is yet to come.

I have read many books based on college romances and I thought that My Mute Girlfriend would have a similar clichéd plot. But, I was quite surprised to find that the plot is very different from all those heaps of college romances out there. 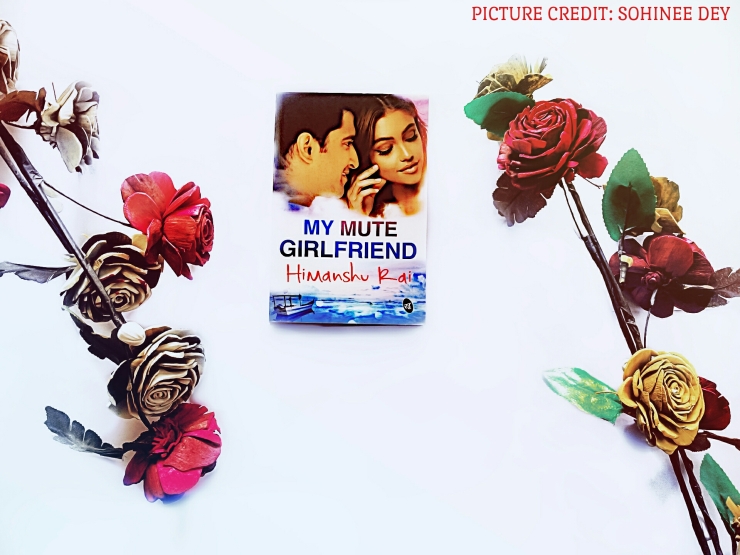 This book again has an engineering college as the backdrop. Rohan’s family, equivalent to a typical Indian family where people chant the word “engineering” probably hundred times a day. It has become a mantra which is recited almost everyday. Rohan clears his entrance exams with a rank of three thousand and thirty four. Even though he knew he had to study for his entrance exams, Rohan didn’t miss a chance to stare at the framed photograph that sat on his study table. He always dreamt of spending the rest of his life with Navya, his childhood crush. But he could never work up the courage and express his feelings before her. There’s always a right time to do everything and once you miss the chance or you save it for future, you’re letting the chance slip from between your fingers.

Crush is the first jitters of love a person experiences in his/her life. Carrying this unrequited love for Navya, Rohan moves to his engineering college all the while promising that he will come back one day and tell her how he feels. As he starts to settle in his new life routine, with each passing day, his feelings starts to slacken.

At first when I first read the title, I didn’t think it would be connected to the storyline. I took it for a random title, my bad. But with each chapter, the story progresses, it becomes clear why the book is titled as My Mute Girlfriend. This book does have a bit of the Fault in Our Stars and Everything Everything vibes to it. But, I am not going to give any spoilers. The ending of this book was perfect. Not overdone.

The book begins in the present day where Rohan is seen skidding through the stairs to save his Nokia. He wanted to reply to that one text message which he had been waiting for but alas, turns out that the phone has been damaged when it took a swim in the pool of sludge. Still, Rohan doesn’t hesitate to put it in his pocket because…memories, guys! Vaidehi, the one he thought to be an egoistic girl and whom he have been fighting off with his grades turns out to be the woman who leaves a bigger impact on his life, a person whom he won’t be able to forget ever.

Talking of the writing style, the book is a first person narrative and the blurb says that it’s a true story so, maybe the author has written this book reminiscing his college days. Most of the time when I come across books written in first person, I see that the writer cannot pull it off well but here, the author has managed to write in first person without repeating “I” over and over again.

The narration is really good and the author has managed to handle the language competently, though simple it isn’t maladroit. The characters have been effectively sketched and they kept developing with each chapter, which is again a plus point. The scenes were well-written. The word flow and the sentence structuring was really good which in turn made the scenes lively.

One thing which irked me when I was reading the book; I noticed that when the characters delivered their dialogues, they weren’t very expressive. So, the dialogues felt pretty bland and the characters seemed to be emotionless while they were conversing which made me unable to really connect with them and FEEL them. Except that, it’s a pretty good book which just doesn’t show the characters falling in love but also talks about the true meaning of love.

The concept though not exactly original, the storyline was surprisingly good and different from all the other college romances which are selling in the market.

If you are looking for a simple romance story with a not so clichéd plotline, you can definitely give this a read.

Let me know what you thought of the review in the comment section below 🌼. Would love to hear from you 😀. Also, please recommend me some good young adult books. I am looking forward to piling my tbr for March! 📚

*I am currently open to review requests for the month of March, so, if you want to request a review, better do it soon!* 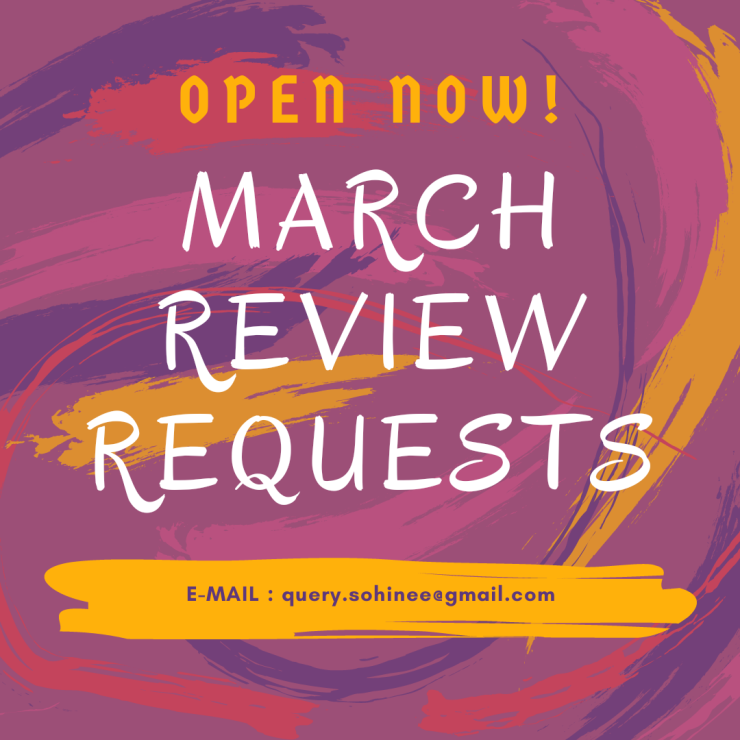 Head over to the Request A Book Review  page for more information! Also, I updated the Review Policy. Don’t forget to check it out if you are thinking of requesting a review.

Just send an e-mail to query.sohinee@gmail.com regarding your review query or just e-mail me for a chat! Once I receive your e-mail, I’ll get back to you and discuss all the details. I’m only an e-mail away!! You can also leave a message on my facebook page now!